I’ve had a few blogs that I’ve been meaning to post but after Saturday night I definitely needed to post this one and that’s about the power of the coolest social networking app to hit the web called Facebook. Think of Facebook as MySpace for adults or for people who get majorly irritated with hideous HTML embedded on MySpace pages that take forever and a day to load no matter how fast your connection is. 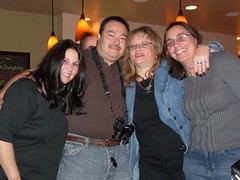 It started out as a social networking app for college students and you had to actually be one to get a Facebook page before they opened it up to everyone. It has a slick AJAX interface that makes things just click and go so that even the most novice web user can quickly get a profile up and going that looks decent. It has “apps” which are various little games and diversions that keep people interested or embarrass the heck out of you.

However, where Facebook really shines is in the power of its feeds. A feed is where you see what your friends are up to be it posting their own items or commenting on someone else’s stuff they put on their own page. At a glance you can see what all your friends are up to and it encourages communication since it only takes a second to comment on the item or post one of your own. I witnessed the raw power of Facebook this past Saturday night when a group of RLHS alumni got together — for no reason really but just to get together.

We started an RLHS Alumni Nights group, basically after homecoming this year, we put together a place where RLHS alumni who are still in the area or might be coming back to visit can get together and hang out with old friends. For someone like me who can be a bit distant, getting to know people is tough. What easier way to hang out and have fun for someone like me than with people I grew up with, spent years with, shared embarrassing moments with? Heck, they already know my history. That’s my reason for starting the group and getting into it but the group has nearly a hundred members now and they each bring different reasons for why they are there. 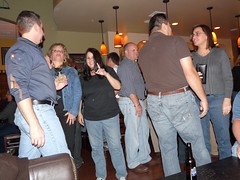 So this past Saturday we had a get-together at The Vine in Grayslake. I had one of my online gigs but as soon as it was over I got dudded up and headed on over a bit later than most everyone else. When the girl who greeted me pointed out the corner where the group was I couldn’t believe my eyes as RLHS alumni had packed a whole section of the pub. The graduation years really ran the gamut but it was mostly late-80s to mid-90s graduates all getting together and having a good time. It wasn’t like your typical reunion though where you spent all your time about where you’ve been, what you’ve been up to and how your life has been for the past ten years.

Instead of reunited it was old friends reignited again just having a good time. The various classes bled so that you had groups of people who weren’t from the same class or weren’t even in RLHS at the same time grouping together. It didn’t matter, our experiences and our common background at RLHS were all the things we needed to share some drink and some good times. Looking at that corner of people, several had come from many miles away and just happened to be in town, it really struck me at how amazing Facebook and my friends from RLHS are. Sure, there’s other social networking sites that do similar things but at my 10-year reunion I would have never anticipated anything like this now. 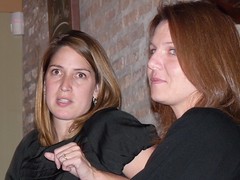 At the end of the night, walking back to my car after parting with the last of the group it really struck me why I do what I do on school board as well. We weren’t just taught about learning at RLHS, we were taught about life. Many of my classmates are immensely successful and they’re strewn all over the United States and even overseas now. We all came from the same place though and had our lives forged in the same crucible together because, let’s face it, we fought a less than desirable reputation then just as we do now.

So I try to do my part to give the kids the best environment and learning experiences I can give them because in my own way I’m trying to do my small part to help them become who they’re going to be. People talk about the passion I can bring to the board table sometimes and I won’t deny it. I will fight for these kids, come hell or high water, there is no reason they can’t succeed and we can’t do more to help them get there. I will not settle for excuses for why Round Lake kids can’t achieve and thrive and not just merely survive. That will never change and spending time with my friends from RLHS just reinforces that for me all the more.

One of the best shows ever had its final bow on Friday night, the “re-imagined” Battlestar Galactica or Ronald…

Round Lake students to perform music at prestigious event